“Other Than Education and Culture, What Else Are you Offering?” The Story of Fundación Tropicalia’s 10 Years in Miches 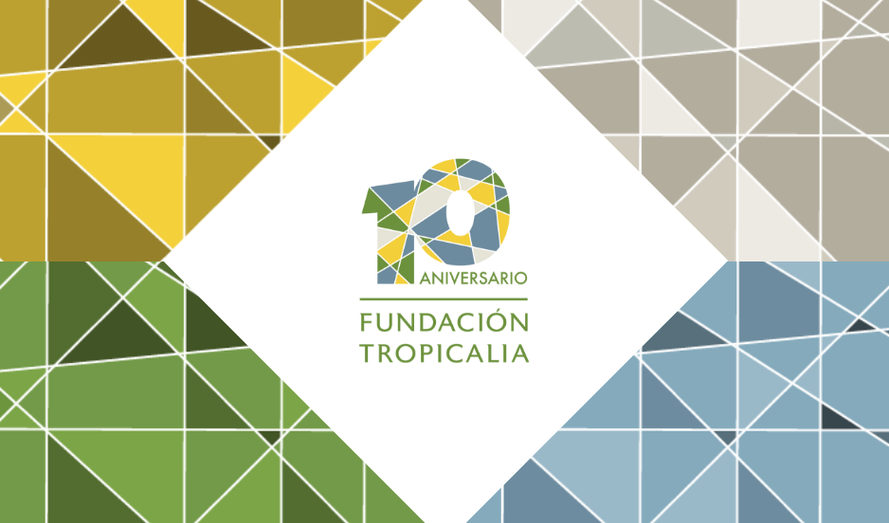 About Fundación Tropicalia: For the past 10 years, Fundación Tropicalia has been working in the community of Miches, Dominican Republic, supporting the environmental and socioeconomic development of the region, working alongside international organizations, the public and private sectors, academia and civil society organizations. Working hand-in-hand with the community, the Foundation designs and implements programs in four key areas: productivity, environment, education and sociocultural advocacy. Over the last decade, more than 10,000 participants have registered for the various programs offered by the Foundation, of which 65% are children and teenagers.

Sofia Perazzo, founding member of Fundación Tropicalia, worked as Project Manager of the non-profit (2008-2011) and then became its Executive Director (2011-2017). Below she shares the story of Fundación Tropicalia’s beginnings and its strategic evolution over the years, ultimately becoming a key partner for the sustainable development of Miches as a tourism destination.

Describing what the Foundation does is easy, but turning words into action has been a challenging and fulfilling professional and personal journey for everyone on our team. Some of us relocated to the Dominican Republic and others moved to the town of Miches, living side by side with the destination, the people and the country, has provided a unique space to build relationships with persevering and admirable people, all of whom have inspired us to give our very best every day.

When we arrived at Miches in 2008, I remember introducing our programs to the community in one of our first open-house meetings; we let people know that we were bringing education and culture programs to public schools in partnership with Fundacion Cisneros, that we had been doing this for years throughout the region and now we were in Miches.  A woman stood up and asked us: “that’s great, but other than education and culture, what else are you offering?” I was taken aback and understood that we failed at communicating properly the value of our programs, but more importantly this question raised the poignant point that Miches had many more needs, being one of the poorest and historically isolated settlements in the country at that time. Though we felt overwhelmed with responsibility, the path forward became clearer as we began thinking about an integral and participative approach to community development.

Ten years later, and with the tireless work of our passionate team, I can confidently answer that woman’s question, not with ideas but with tangible, measured and participative actions that have supported the development of her community. Over the course of these years, major investments have been made in the region, not just by us, but by our partners and the government as well, bringing significant improvement to school, road and telecommunications infrastructure among other measurements of growth.

Our work began in 2008 learning from one of our oldest partners, Banco Popular Dominicano’s  Rural School Renovation Program. We studied the methodology of the program, invovled the community and adapted it to the local reality; this is how we launched Fundación Tropicalia’s School Renovation and Maintenance Program (PRyME).  PRyME was such an important program (and still is), because we learned that every school is a focal point for rural communities, where parents, teachers and children gather not only for education but for all kinds of community events and meetings. Through PRyME we gained a deeper understanding of local needs, and built genuine and strong relationships with school and community leaders, ultimately instilling in us profound empathy for the people who are supported by our programs.

Having empathy, developing local knowledge and living side-by-side with the people we seek to support, are key factors when designing and implementing programs that create value and stay relevant for the community, program beneficiaries, Miches as a tourist destination and even the Foundation.  Subsequent programs were developed including: teacher training, scholarships and complementary school education; beach rescue and environmental studies; training for small business owners and farmers; sociocultural and gender equality initiatives, among many others.  Our initial strategic partners, such as Fondesa, Universidad Abierta para Adultos, ISA University, INDOTEL, Artemiches, MINERD, CONATURA and many others, helped us lay the groundwork for a varied, complex and challenging work structure that has been nothing short of fulfilling.

We began communicating and organizing our programs under the three pillars of sustainability  – social, environmental, and economic. Yet we soon realized sustainability is transversal, and so we restructured our program areas into four overarching themes that guide our work to this day:  environment, productivity, education and sociocultural advocacy. We started with one employee, and then grew to a team of seven, supported by tens of facilitators and consultants and hundreds of volunteers. This has been a journey of continuous learning, where successes and failures go hand-in-hand, and the latter puts us to the test. Ever the optimists, we never lost sight of our mission and commitment to support the sustainable development of Miches as a tourist destination.

In these 10 years we’ve  been recognized by United Nations World Tourism Organization as one of the most innovative NGOs in terms of sustainable tourism, we’ve launched more than 30 initiatives for community development, eight of which are permanent programs, and have impacted nearly 10,000 participants.

Beyond the numbers, what most drives us are the stories of a family, of a child, of a teacher that we interact with. In particular, the stories of our scholarship students, who have seized an opportunity to continue on to higher education, many have graduated as agricultural engineers and successfully joined the workforce, effectively disrupting their family’s generational cycle of poverty.

To commemorate our 10th anniversary we designed a logo inspired in mosaics.  Much like  an impressionist painting, when looking at it up close all you see is a brush stroke or a color; you can’t see the entire image. Rather, you have to step back from the work  to understand that many small shapes pieced together makeup a great image.  We feel that the road to sustainable development is similar; it's many actions from many people over many years  that build a balanced, unified vision for a place.  Over  the next ten years we will continue building and contributing to that great mosaic.

We signed a collaboration agreement with UNIBE

Fundación Tropicalia and private university “Universidad Iberoamericana” (also known as UNIBE) signed an agreement to promote collaboration between the two institutions through programs aimed at contributing to the social development of Miches.

Fundación Tropicalia, Banco Adopem and Adopem NGO formalized an agreement in order to promote sustainable development in the town of Miches (province of El Seibo) and surrounding communities.